He said, “Nobody teaches registrars how to report – there’s no structured way to learn it, they just absorb it in bits and pieces from consultants they like or respect.”

But there was “significant evidence” that some approaches to report writing were better than others, and skills could be learned, he said during a recent webinar hosted by the British Institute of Radiology ( BIR).

“I think it would make a very big difference in the quality of reporting if it was taught at the registrar level,” he said. “Once people are established and have some experience, they won’t be very kind to feedback on their reports – the way they report is kind of ingrained.”

Wagner said structured reporting could improve diagnostic accuracy, but there was some resistance to their use and a risk of increased error rates if misused. He said structured models could be developed, tailored to the needs of clinicians and multidisciplinary teams, helping to improve communication with referents.

The webinar detailed the do’s and don’ts of report writing, as reported AuntMinnieEurope.com earlier this month, before tackling broader impacts for education, clinical and patient communication.

Dr. Michael Hartung, assistant professor of radiology, abdominal imaging and interventional, University of Wisconsin-Madison, said even one lecture a year would be “a tremendous step forward” for any training program. “I don’t think it has to be much more than that to be effective,” he said.

He said the reports should not be seen as a tick box or the final word in a clinical investigation, but as part of a feedback cycle that could improve the accuracy and content of the reports.

“Our relationships can only improve if you engage in this essential cycle of feedback and improvement. I believe this emotional engagement is one of the main reasons why the cases we track become so memorable,” said he noted.

Hartung put together a 28-minute YouTube.com video on how to write a great radiology report.

BIR webinar speakers also explained that more and more patients are asking to see radiology reports written about them, either directly or through online patient portals.

Should radiologists write reports differently and change the language they use because patients might read them?

Hartung said, “I try to ease patient anxiety if I can with my reports. We’ve all come across useless shopping list printouts that detail almost every passing observation made by the radiologist. They create unnecessary patient anxiety and trigger inappropriate follow-up investigations.

“It’s important to think about the audience who receives the report and how they will perceive these words and what kind of language you can use to make that mental perception of the disease more accurate.”

The webinar explained how machine translation software is being developed that would make the technical language of a typical radiology report more accessible to a layperson who may not have a medical background.

Dr Adrian Brady, a consultant radiologist at Mercy University Hospital in Cork, Ireland, was keen for his colleagues not to “lower” the information they give in the reports to make the reports more easily readable by the patient. 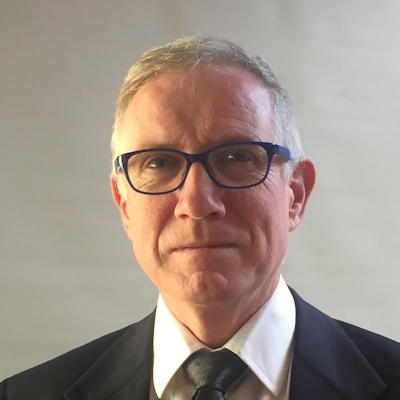 “It’s great if patients can access them, but they’re not the primary readers. We write them for the referrer/doctor who usually tries to use the information we give them to make a clinical decision with which they can counsel the patient,” Brady pointed out.

He said he advised radiology trainees that they had to to some extent “sort” the language they used, depending on who the referent was and their level of knowledge – whether they were a doctor of family or a specialist such as a nephrologist, for example.

“But once you’ve made an accurate and useful report to the referrer, you can’t spend all day wondering who else might read the report. If you did, you just won’t get work to do,” Brady noted.

The BIR webinar speakers also discussed how to make clear recommendations in their reports to clinicians and avoid making clinically insignificant recommendations.

Dr Anant Patel, consultant pulmonologist at the Royal Free Hospital in London, offered a clinician’s perspective. “I like that a particular follow-up examination is suggested by a radiologist, it is often very useful.”

Brady said: “If we can give an answer based on our expertise, we should give it; if we can’t, and we know who is the best person to give that answer, then we should say so.”