Built in 1904, The Carnegie in Covington is home to one of the five remaining Carnegie auditoriums in the United States and has shared the arts with the community since its founding in 1977. Preserving this one-of-a-kind building, The Carnegie has launched its fundraising campaign , led by Co-Chairs Otto M. Budig, Jr. and Sara Vance Waddell in September 2019. With the successful support of several foundations and donors, over $ 2 million of the campaign’s $ 3.5 million goal were obtained during the initial phase. To make the most of the community’s support, The Carnegie received a generous pledge of $ 50,000 to expand the reach of the dollars raised for the campaign.

â€œThe role of Carnegie in the community and the region in general cannot be underestimated,â€ said Otto M. Budig, Jr., former chair of the Carnegie board of directors and co-chair of the fundraising campaign. â€œA pillar for the arts, The Carnegie inspires the creativity for which many organizations strive. A successful fundraising campaign ensures that this building will continue to spearhead diverse and culturally rich arts programming and education for citizens of all ages and backgrounds. 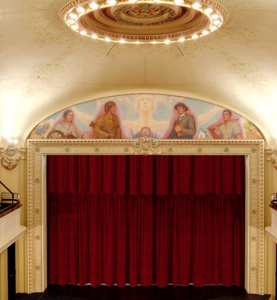 Reaching a large cross section of the Greater Cincinnati community, The Carnegie annually serves 80,000 community members of all ages and makes the arts accessible to the widest possible audience by providing educational programs for children ages 6 to 13, including 88% live at or below the poverty line.

â€œI am proud of how this organization has continued to innovate and lead the way in connecting with patrons, students and community members,â€ said the campaign co-chair and former board chair , Sara Vance Waddell. â€œCarnegie’s commitment to its surrounding community and the region as a whole makes the arts accessible and presents new ideas, concepts and experiences to educators, students, families and more.

â€œAs things return to normal, we are delighted to welcome customers back to enjoy the arts. Said Kim Best, executive director of The Carnegie. “This campaign ensures that The Carnegie will continue to shine and serve for many generations to come.” 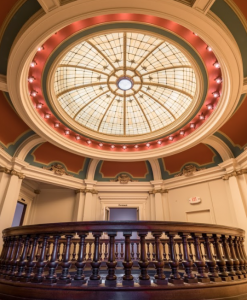